of the month already.  WOW!

January is a good month to get back on track .. and review the previous year's spending habits. 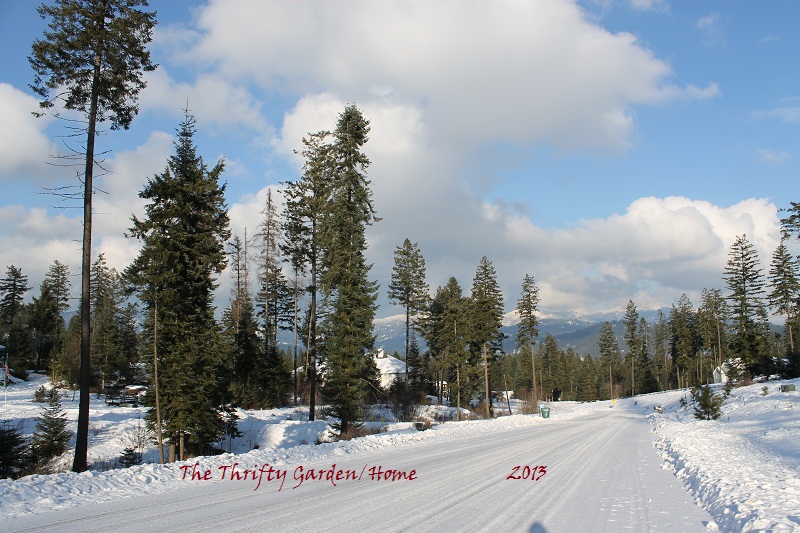 We are ever grateful to have an emergency fund and didn't have to charge for this repair!  Our home had a plumbing fiasco that lasted nearly three full days ... WITHOUT WATER!  All I can say is, 'thank the Lord that we have 18 inches of snow on our property!  What started out to be a simple 'fix' .. by adding a whole house water filter to help reduce the high mineral content of our well water, turned out not so quick .. and a BIG FIX.  We had so much mineral buildup on plumbing connections that the shutoff valves in the basement failed.  Leaving us to dig and tap our way through snow, under cover of starlight, in a vague area, we tried to locate the main shut off meter some 200 feet from our home.  Not fun!  Hubby was on bucket patrol while the plumber and I dug.  Thank goodness the ground was well insulated from the snow and not frozen.  We finally found the meter and shut off the water.  No flooding inside .. a good thing. (Note to self and hubby .. have meter well flagged for winter.)

Day one without water .. was OK.  We had stores of gallon and five gallon jugs of water that got used sparingly.

Day two ... still OK .. but now I thought I'd try my Big Berkey water filter with melted and filtered snow that had been treated with the recommended drops of bleach.  We just got it for Christmas for such emergencies as this ... followed all the directions .. except we hadn't tried the test adding red food coloring to see if the filters are really working.  We had initially primed the unit when we got it (by soaking the filters in water for a specified time) and began using tap water .. Hum .. well .. before I want to drink minimally treated melted snow water, I thought we'd better do the food coloring test.  And it failed!  So .. we were without drinking water. (BTW .. we have new filters in route).  We had about 5 gallons of drinking water left by day two .. after using much of it to flush toilets once in a while.  By afternoon .. I was melting snow in my canning pots on the wood stove AND kitchen stove.  This water was used for bathing, washing hair, boiled to wash dishes, flushing toilets .. everything but drinking.

Day three .. water was not restored until midnight or later.  What a glorious sound .. the rushing of gurgling water recharging the pipes.  Melting snow throughout the day for dishes, etc.  by now was getting old .. but it worked out fine.  Our main emergency 'hole' was not having the Berkey water filter up and running ... AND not having some paper plates .. dishes piled up quickly .. I'm not a big paper user .. but for emergencies, I think it's a good thing to have.

By the end of this trial, I had a greater respect for the Neanderthals and how they survived in cave dwellings .. hunting .. gathering .. all without the aid of crippling modern conveniences.  We are such a weak people in all reality .. even with our modern ways.

We are ordering a VERY LARGE water storage tank for the garage.
Posted by Mrs. Mac at 4:43 PM 7 comments: 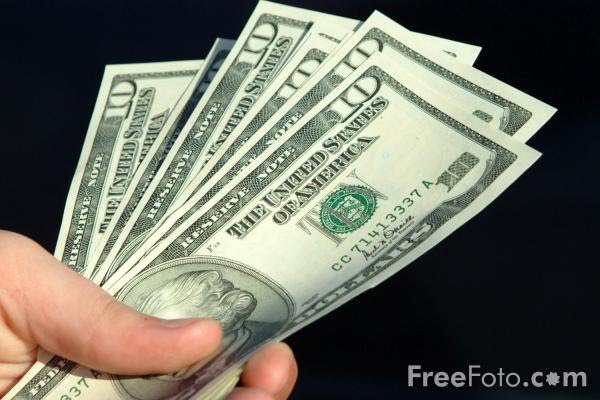 We're back to the 'grind' of a budget.  This year it's with new purpose.  The Mr. is planning on retiring at the end of December, 2013, and we need to adjust our spending.  Last year we paid off the last of our debt; the biggest being our mortgage.   Now we must squeeze back into the habit of setting aside a portion of future known bills that will be due over the next 12 months.  To do this we have made a list of known expenses:  life/home/auto insurance, property/estimated income taxes, etc.  These bills are either paid quarterly, semi-annually and/or annually. This year's coming due date was noted, along with how much the payment will be ... divided by how many months until it's due.  That amount will be set aside (noted in our checking account) and when the time comes for it to be paid, we will have the full amount waiting to have a check written.  'Setting aside' money in the checking account takes much will power not to spend on other things .. such as emergencies.    We have a separate fund just for such unexpected occurrences.  Paying for items such as groceries, clothes, office supplies, etc. is done with cash accumulated each month in envelopes. Spending with cash 'hurts' more (mentally) than whipping out a debit or credit card.  Parting with greenbacks is tangible/concrete/painful in a way.  It takes a written budget showing INCOME minus EXPENSES with a NET BALANCE of ZERO .. and is known as spending your month's income on paper (assigning a name to each dollar), and takes both of us working together, going over each month's budget and bills to keep on target.  We make sure to allow a little 'free' money to do with as we please each month so we don't feel dread about living on a budget.

Our goal over the next several months is to get caught up with our future bill reserve so we can then budget and 'practice' living on our predicted retirement income and banking any extra.  This endeavor has become almost exciting as we whittle out unneeded expenses and return to thrifty buying practices (thrift stores, garage sales, used items) consciously making an effort to watch EVERY penny.

Happy New Year from our home to yours.

Sound financial advice for getting out and staying out of debt.